Thursday for Thought : How the superbowl made me check out new TV shows.

I am not a sports person. Never have been, probably never will be. Sure, I enjoy the occasional trip to Wimbledon or Eastbourne to watch some tennis but NO I do not watch sports on TV. So I resent it every year when Superbowl time comes around and I loose touch with my favorite TV shows for weeks.

This year a friend suggested we check out some new shows. So this is what I’ve come up with so far and even though they’re not high caliber material yet, as they’ve just started airing, they have potential and each one of them in their own way has certain highlights.

We’ve got Off the Map , created by ABC and co-produced by Shonda Rhimes (Grey’s Anatomy and Private Practice) which is probably best described as your typical doctors show with a twist. The show is filmed in Hawaii which offers a stunning backdrop of the sea and mountains to the doctor’s adventures. However the ACTUAL location that the scenarios are set in are a small South American Village. There are three new doctors (actors Zach Guilford, Mamie Gummer and Caroline Dhavernas) who come to the town right out of med school. They each have an interesting past accompanying them and a reason for which they decided to leave their homes in search of a bigger challenge. Alongside them are (Martin Henderson and Rachelle Lefevre as well as Jason Winston George and valerie Cruz) – doctors with experience who guide the younger ones and save the villagers lives from daily disease and trauma.

Cute actors : (Though obnoxious Guilford can be considered HOT, though in my opinion Henderson is much more attractive). Rachelle LeFevre (who got sacked from Twilight for scheduling differences) is quite HOT herself and seems to possess some acting chops on top of it. 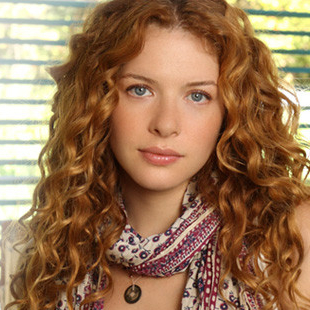 Acting talent : Mammie Gummer is Meryl Streep’s daughter so watch out for those multi-talented families. I was lucky enough to work with both Guilford and Gummer in my Uni days and I can tell you firsthand, their talent is undeniable so I’m happy to see them make it.

Interesting Characters : Caroline Dhavernas‘s character has a very interesting background (it’s revealed in the first episode that she has lost her fiance to a biking accident and there is definitely some good chemistry between her and Martin Henderson’s character)

Cultural factors : Finally ABC has made the decision to do some culture integration. I’m so tired of watching shows that are geared only towards one cultural group. It’s nice to see Americans trying to integrate and learn another’s culture instead of trying to impose their “let me save the world” mentality on the rest of the us. The writers try to incorporate this aspect especially through Zac Guilford’s character (Dr Fuller).

Reasons NOT to watch

Corn factor : The show seems to waver on corny as it deals a lot with scenarios of life and death.

Lack of reality/lack of facts : If you are a person that appreciates shows that are quite realistic in nature, you’re definitely going to issues with this show. Unfortunately the facts presented are sometimes hazy, the scenarios far-fetched and the medical research poorly done. So for all those House and CSI fans, beware. 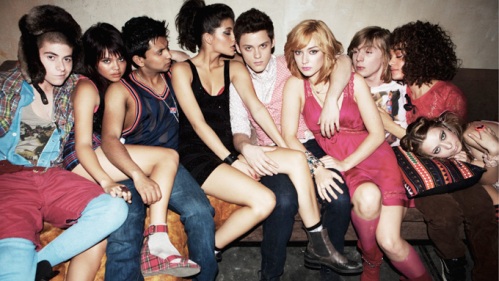 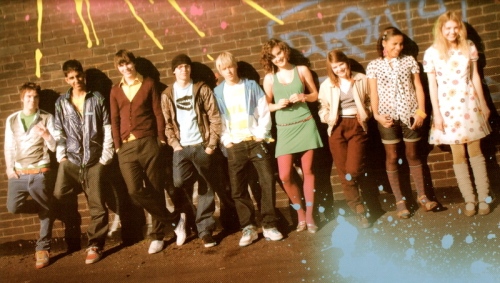 I had to laugh at the following report. However, it made me pay attention to the US version of Skins. Let me give you some back story. I am European-American by origin (and I don’t mean emigrant). I was born in the US but raised in Europe. So I’m kind of torn between the two, always have been, always will be. At the moment I live in the UK.

When I heard there was a US version of Skins coming out I chuckled at how US audiences would be able to handle the raw style that Skins brings to our screens. I was curious to say the least but now my suspisions have been confirmed.

This morning I found this article on ONTD. And I quote :

“Skins is a very simple and in fact rather old fashioned television series. It’s about the lives and loves of teenagers, how they get through high school, how they deal with their friends, and also how they circumnavigate some of the complications of sex, relationships, educations, parents, drugs and alcohol. The show is written from the perspective of teenagers, reflects their world view, and this has caused a degree of controversy both in the UK and the USA.

“In the UK, viewers and commentators very quickly realized that although there are some sensational aspects to the show, Skins is actually a very serious attempt to get to the roots of young people’s lives. It deals with relationships, parents, death, illness, mental health issues, the consequences of drug use and sexual activity. Sometimes that thas a very straightforward approach to their experiences; it tries to tell the truth.

So there you have it. Thank you ONTD for posting this released statement.

If you are a US viewer you are more likely to be offended by having your eyes opened to reality, but if you are a European viewer you will most probably this was one of the best shows ever created.

Moody Monday : She might be the one to watch

Happy Monday everyone! Special treat this week…probably due to the good weather which has lifted my spirits over the weekend. These following people have risen to my attention as up and coming artists slash performers this past month so I thought I might share the enthusiasm. 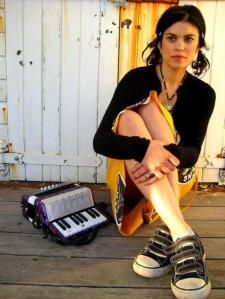 The Mummers front woman Raissa Khan-Panni, is raising eye-brows as a fab member of the Brighton-based UK band.

You might know this tiny redhead as the obsessive-compulsive super cute Emma Pillsbury of ‘Glee’. In real life she is            Jayma Mays.

Another famous offspring as explored last week in : Famous spawn “It runs in the Family“ – Mamie Gummer is paving her way through the theatre and film world as we speak. Having worked with the chick, I definitely thing she has something good to bring. 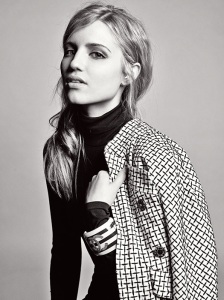 Our second ‘Glee’ graduate definitely has a sweetness no predecessor has managed to bring to the screen. Meet Diana Agron.

Not sure if Carey Mulligan can get her accent straight on her new film ‘Wall Street : Money never sleeps’ but the girl has undeniable talent that is bound to shine through in many films to come.

Thursday for Thought : It runs in the family

Some of my favourite photo shoots are those of actor mothers with their daughters when they first break into the business. Everyone is fascinated by their bond and whether the child will live up to the parents’ reputation. Same thing happens with siblings that are in the business. Even if they try to conceal any sign of competition or comparison, the press always seem to bring it up. Here are my top 5 family photo shoots and corresponding quotes. 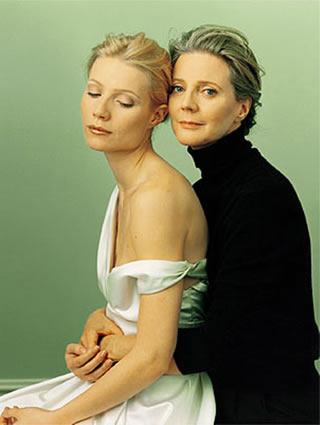 “My playground was the theatre. I’d sit and watch my mother pretend for a living. As a young girl, that’s pretty seductive“. G.P. 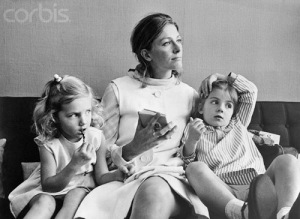 “I know the pressures of being the daughter of a great actress. But it’s inspiring. You learn so much that other people don’t get to learn until later on. My father being a director, I learnt a real work ethic.” N.R. 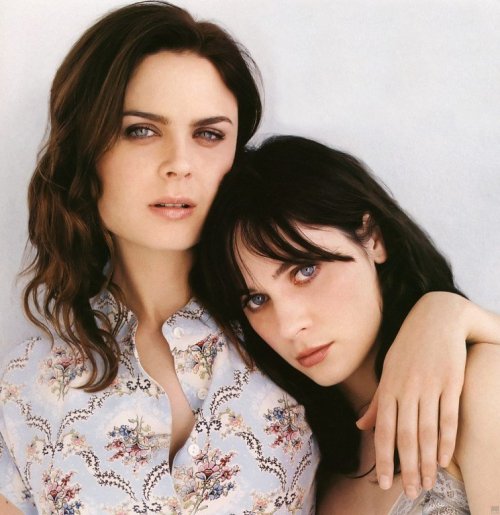 “I grew up believing my sister was from Neptune and had been sent down to Earth to kill me. My sister Emily convinced me of it when I was a toddler. I think she’d seen ‘Invasion Of The Body Snatchers’ and her imagination ran away with her.” Z.D. 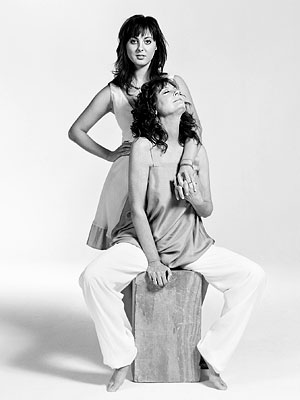 “No matter who your parents are, you have to prove yourself — to others and yourself“. E.A

“With Steven and my mom being who they are, I tend to think, what can I do that can even compare or make them go, ‘Wow’?” J.C.

A gift for concealment is an asset for an actress with such a public pedigree. In previews of Les Liaisons Dangereuses, audience members could be heard whispering, She looks just like her mother! “In the smaller theaters, it’s sometimes the first thing I hear when I walk on the stage,” she says. “And I think to myself, Just get past this.”